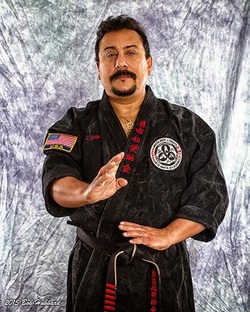 Martial Arts Goal: To be a student first, to honor his teacher and the arts and the values they have bestowed upon him. To travel to Okinawa as a karate pilgrimage.   To enjoy martial arts living until the day he dies.

Biggest Accomplishment: To be one of the 1st Black Belts in Maine to be featured on Black Belt Magazine, Karate International, and Kung Fu Illustrated. To be part of the US Team representing his country in China, Russia, Korea, Mexico, Hong Kong, Japan and Jamaica.

Favorite Martial Arts Saying: "To fall seven times and to rise up eight" and "Life begins now" by Daruma (Founder of Kempo)